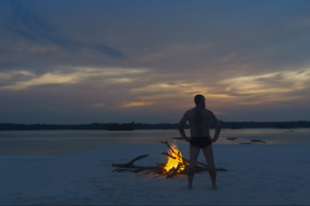 Alex Atala is a living legend, martial arts master, ex-punk and DJ, hero of the Brazilian gastronomy, who is not afraid to go after and hunt down the ingredients, be it with a harpoon under the sea or with a gun in the jungle, if necessary.

I like to go to the fine dining restaurants by public transport/on foot; this way you get to know more about the neighbourhood, the relation between the restaurant and the city than if you took a cab. The bus ride in São Paulo is actually quite nice. It’s an interesting experience that you cannot buy a ticket anywhere, but then getting on the bus, it will make sense: there’s a controller sitting in the middle of the bus to check the travel cards and to sell tickets, like it used to be in Hungary back in the day. The D.O.M. is located in a fancy district called Jardins, which is - as its name suggests- a very green and even more luxurious neighbourhood: all the big labels have a shop in the long shopping street nearby.

It was unfortunately quite dark in the restaurant; hence, the quality of pictures is far from perfect.

The restaurant currently occupies the very exclusive 11. place on the list of the World’s 50 best restaurants, but as all the rankings, this list is always called into question. Not the grandeur of Atala, though. If you want to get to know him better, follow him on instagram (and me too!), and watch the episode dedicated to him in Chef’s table on Netflix (and all the rest, too).

Here he speaks about the meaning of life (the dark time he mentions refers to his punk period):

A few screenshots as a teaser:

The menu is basically a tasting menu; the guest can only choose how many courses he wants to have and whether he wants the wine pairing. He wants it. And of course, he wants the Maximus, the longest menu, if he already travelled a day or so for the experience.

Pao de queijo (it’s very similar to the French gougère) and other breads with butter, mashed potato with onion and garlic confit, yoghurt with olive oil 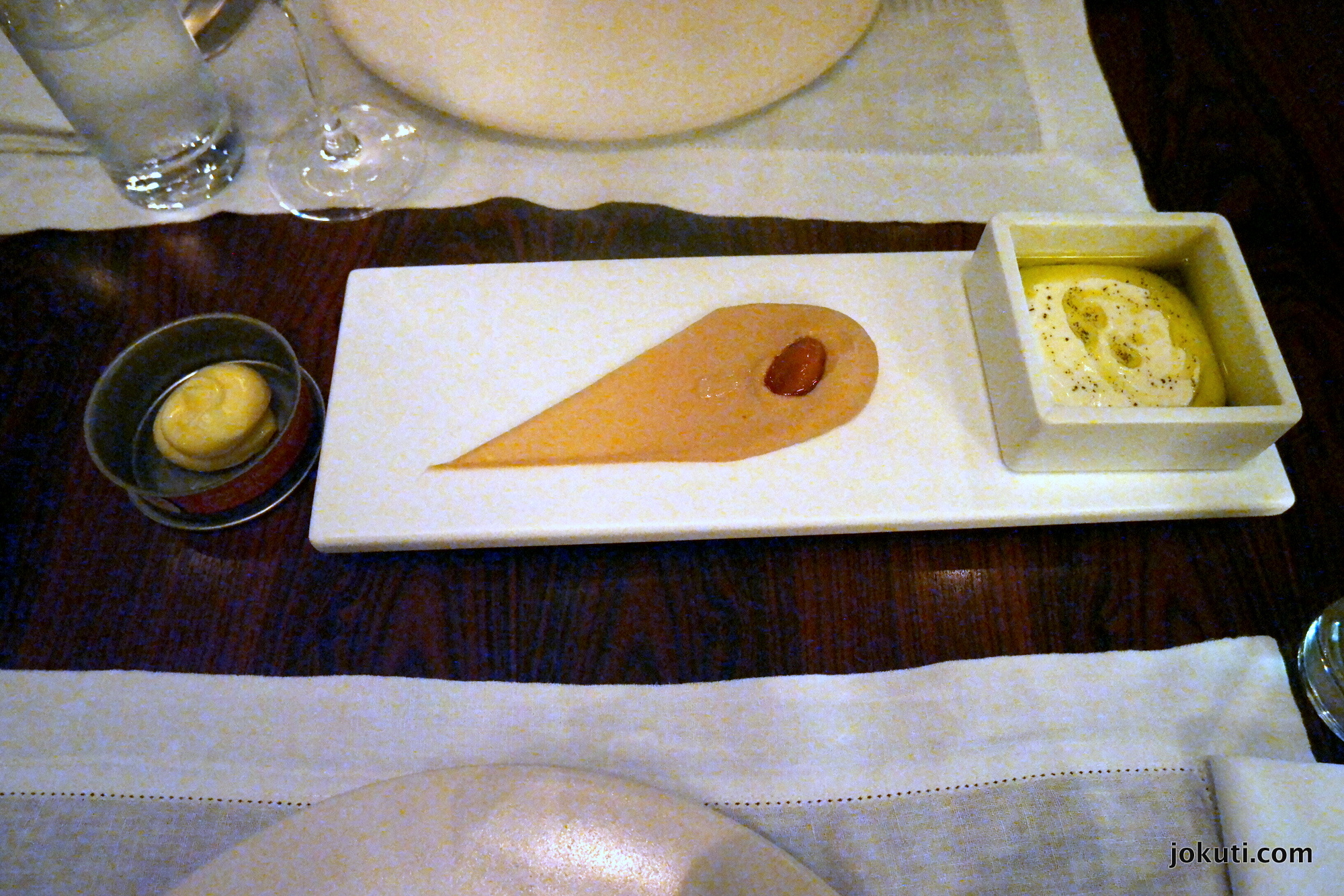 Sorbet of green pepper, hot pepper filled with a mixture of sparkling wine and sake, which absorbs the heat of the pepper 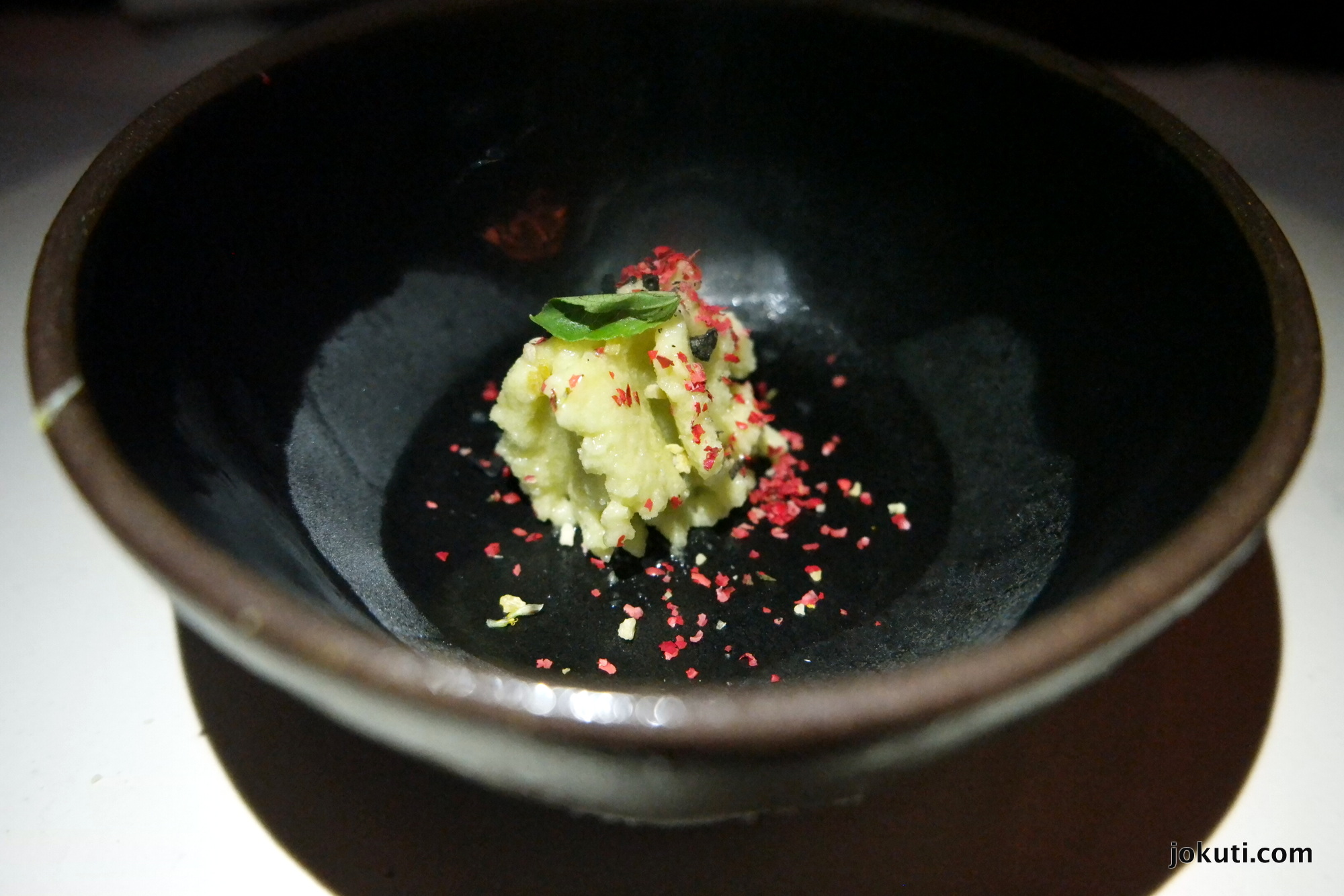 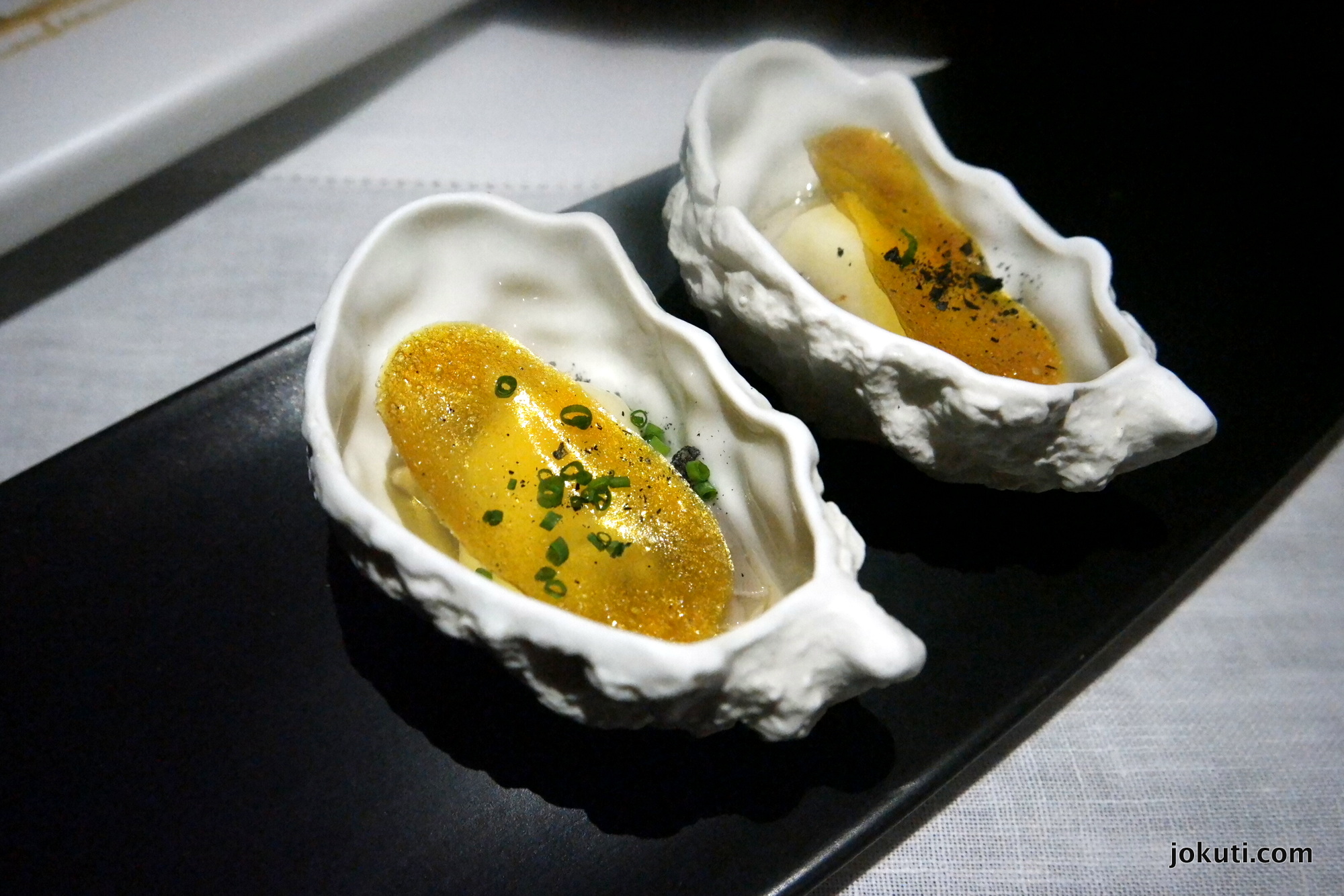 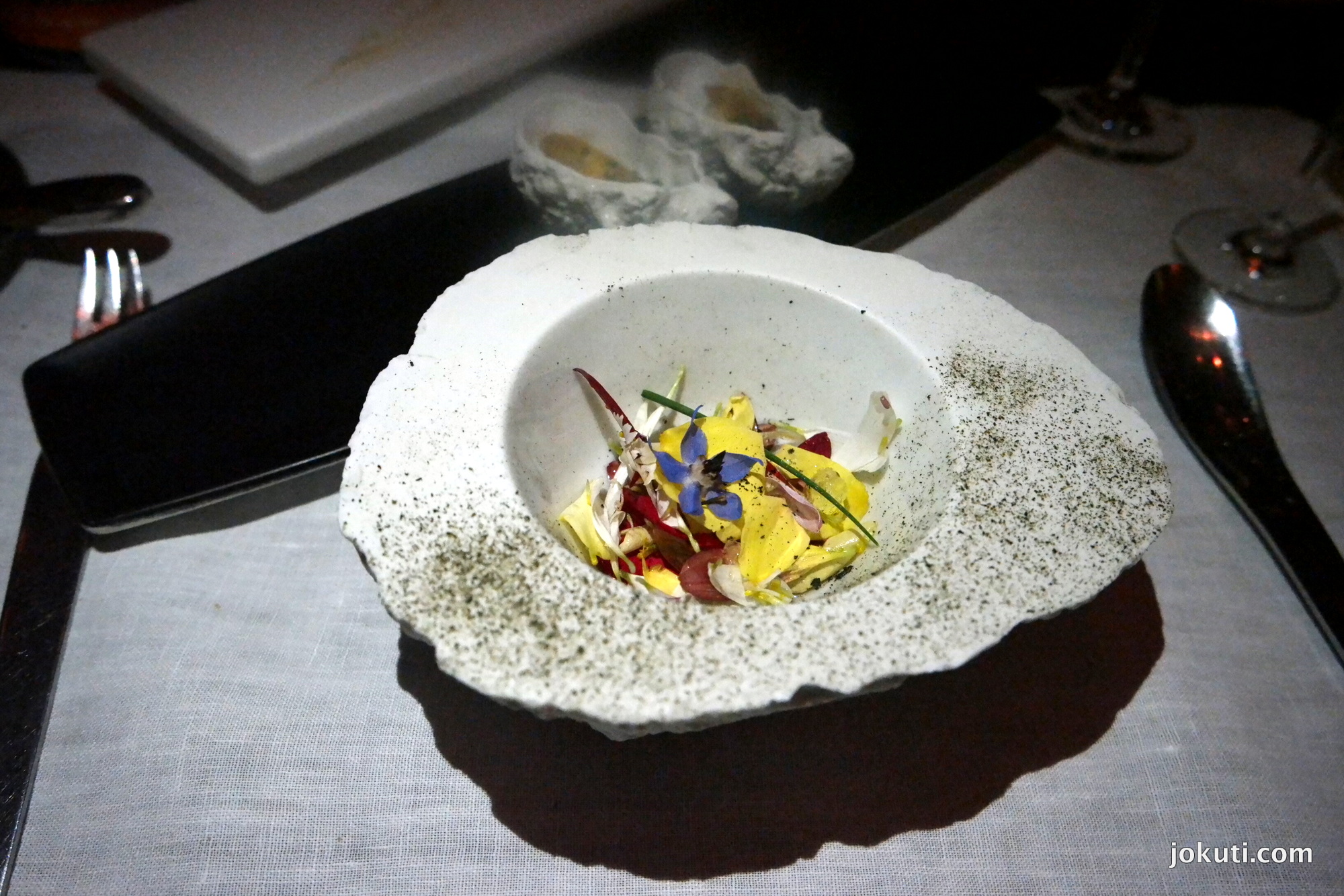 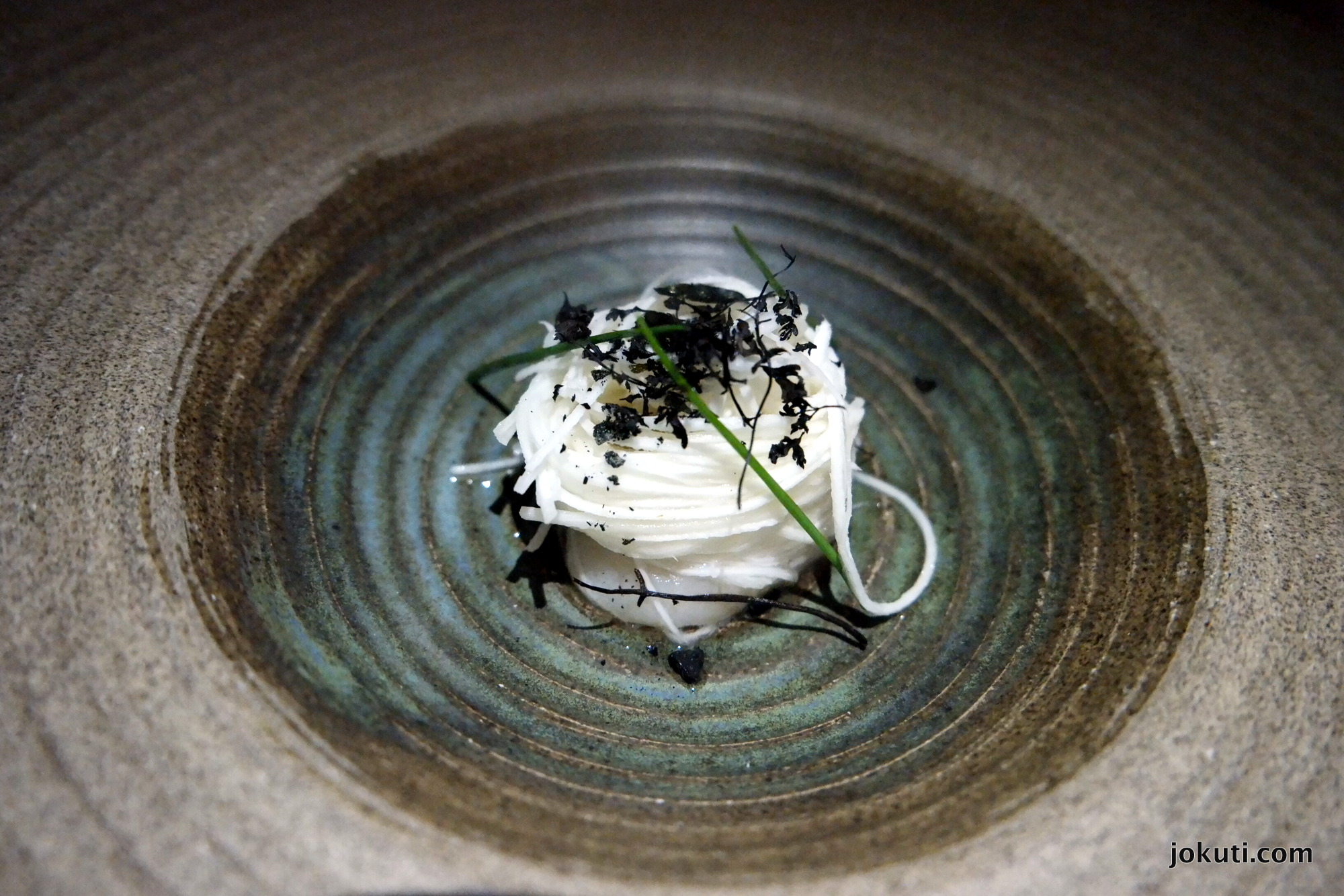 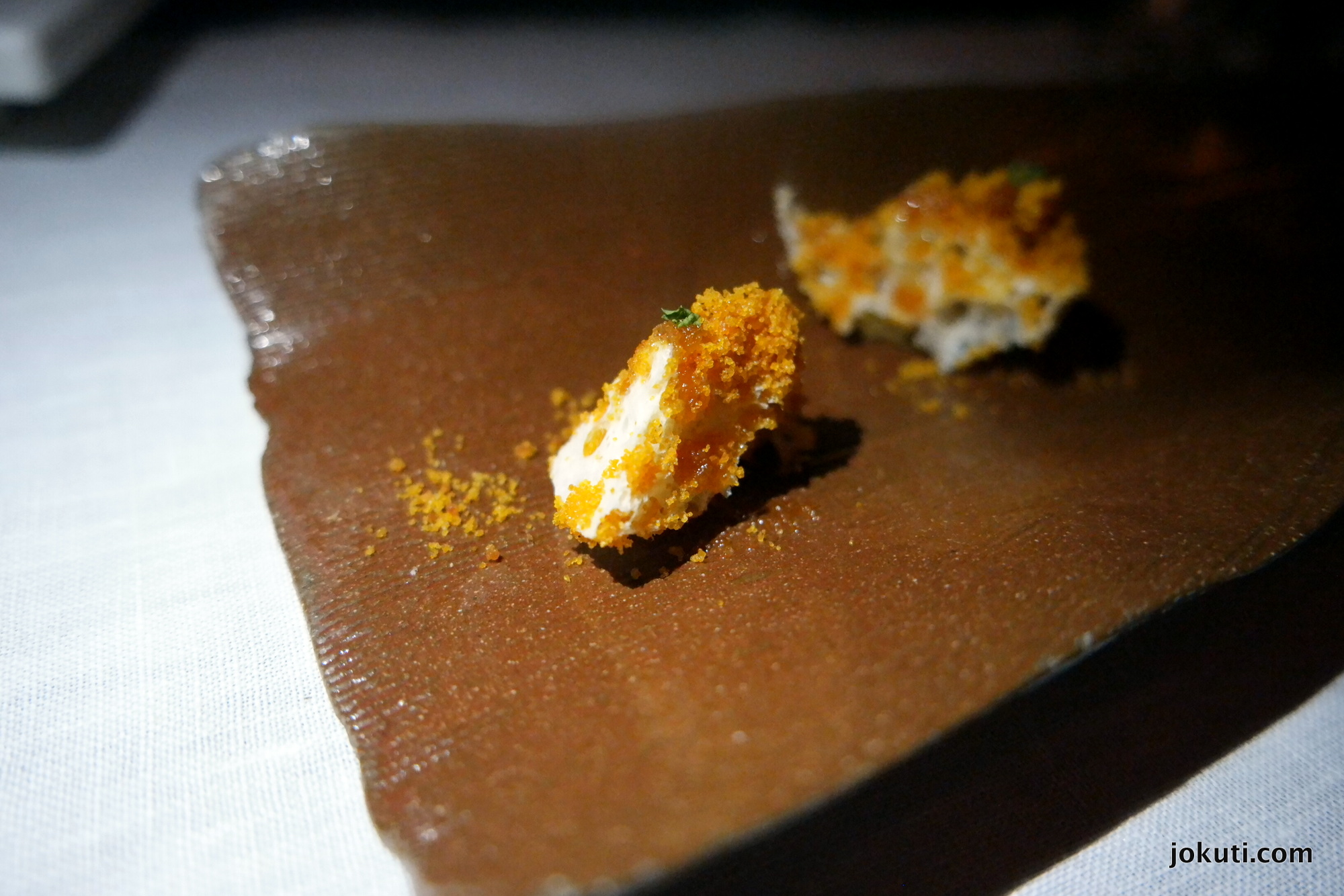 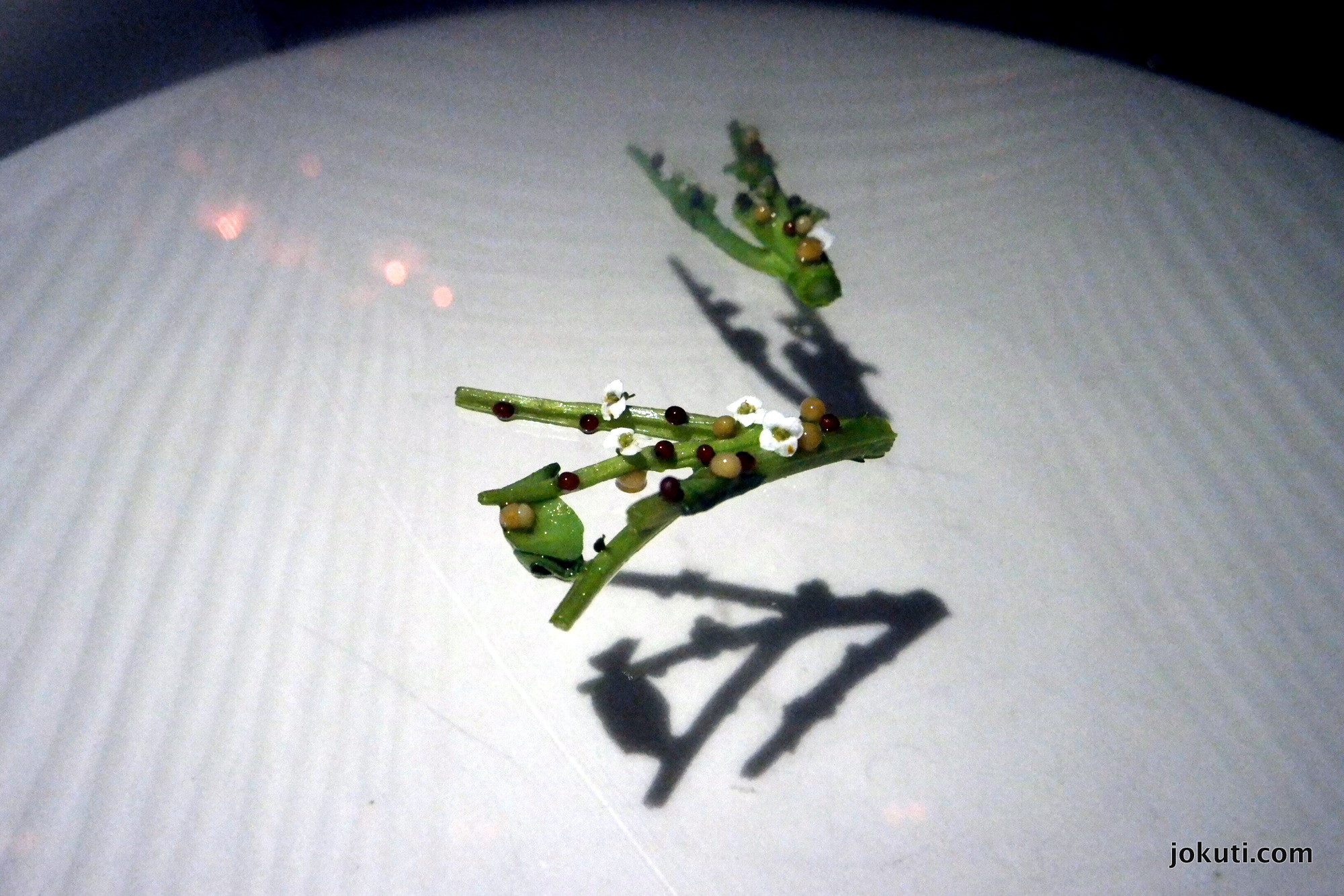 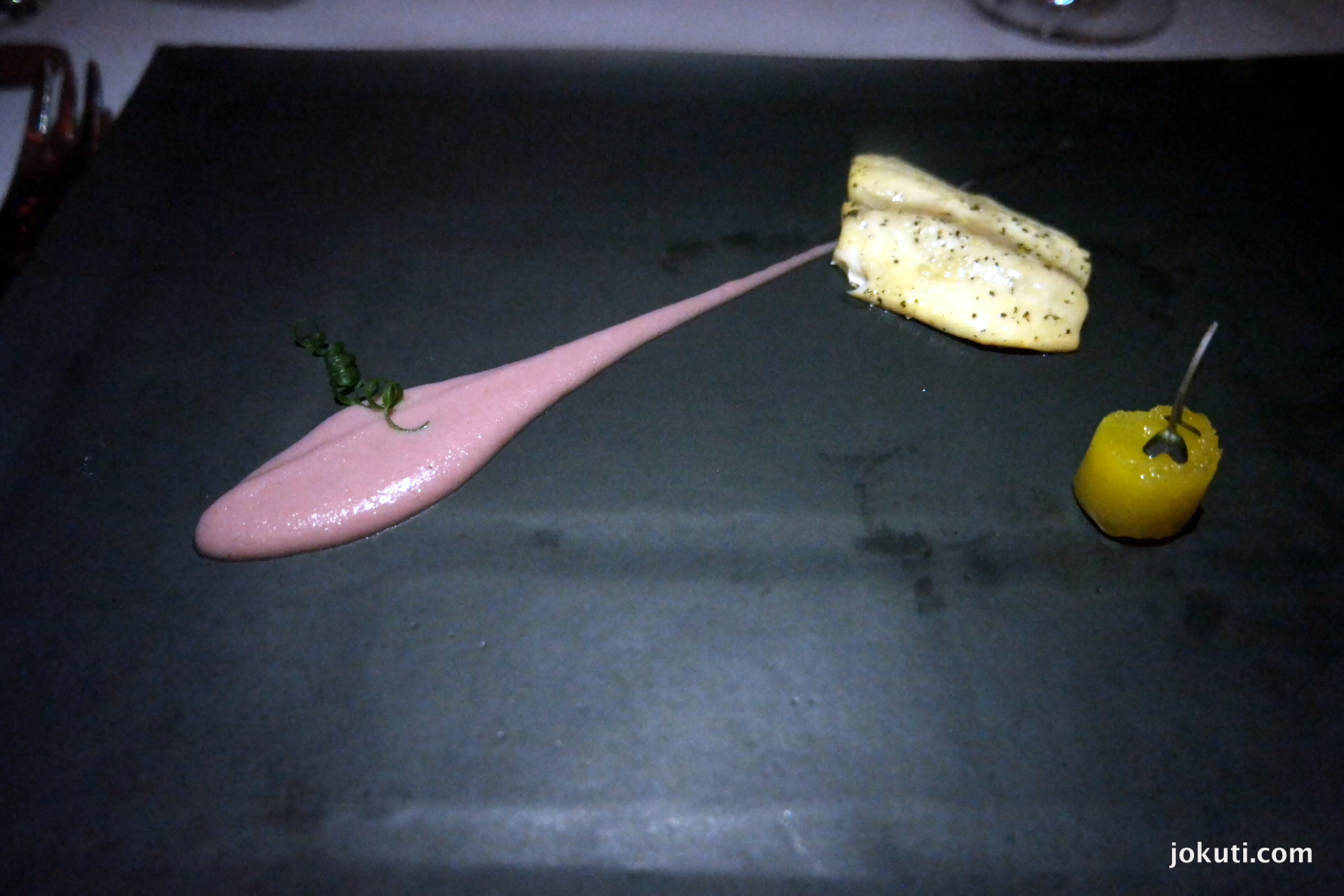 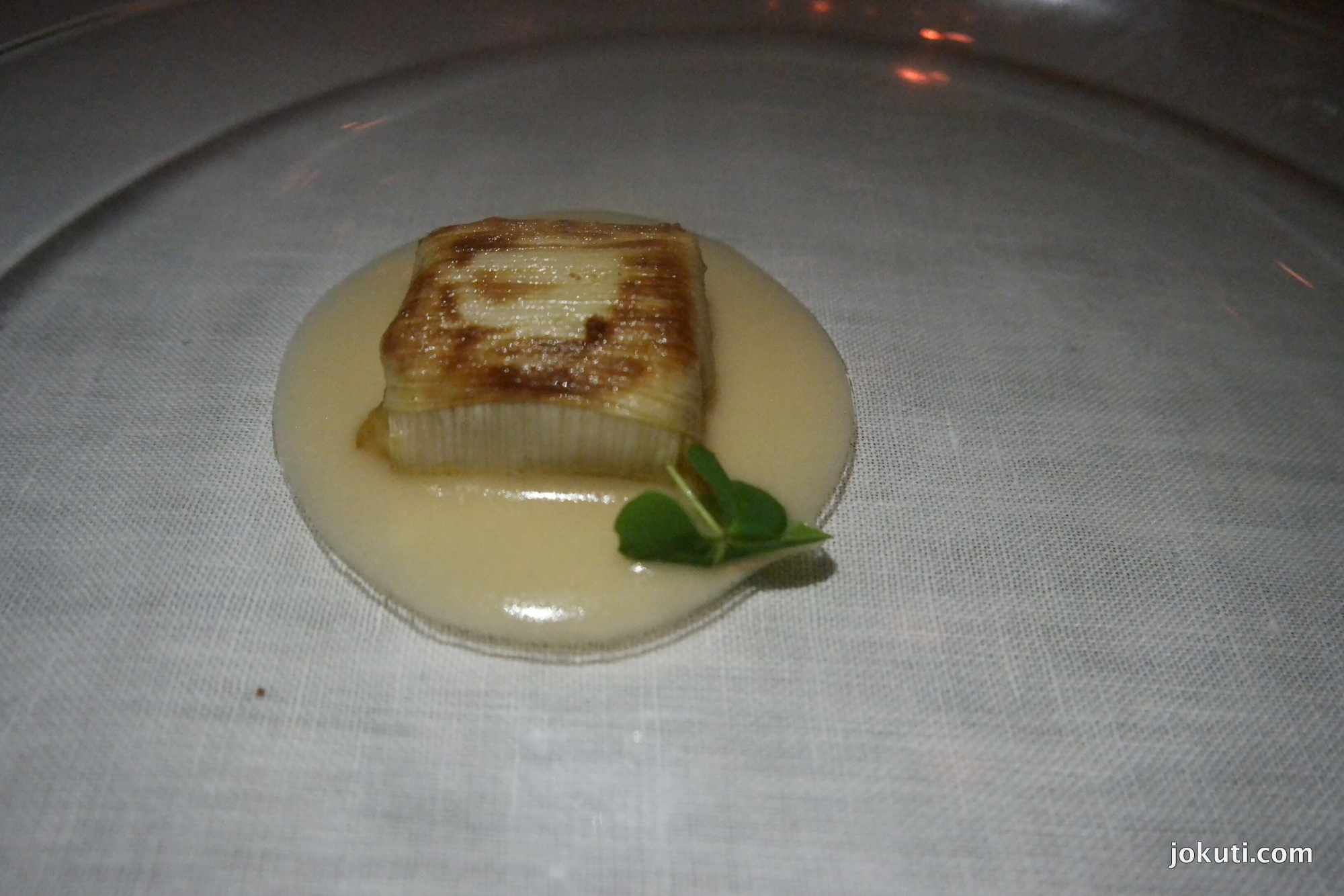 Pirarucu (fish from the Amazonas), acaí berries, pimenta de cheiro (aromatic pepper), skin of the pirarucu, banana mash, aviú (tiny shrimp)
As bad this picture turned out, the dish itself was amazing! The aroma of the pepper came through nicely, it had balanced flavours, and it was one of the best and most interesting dishes! 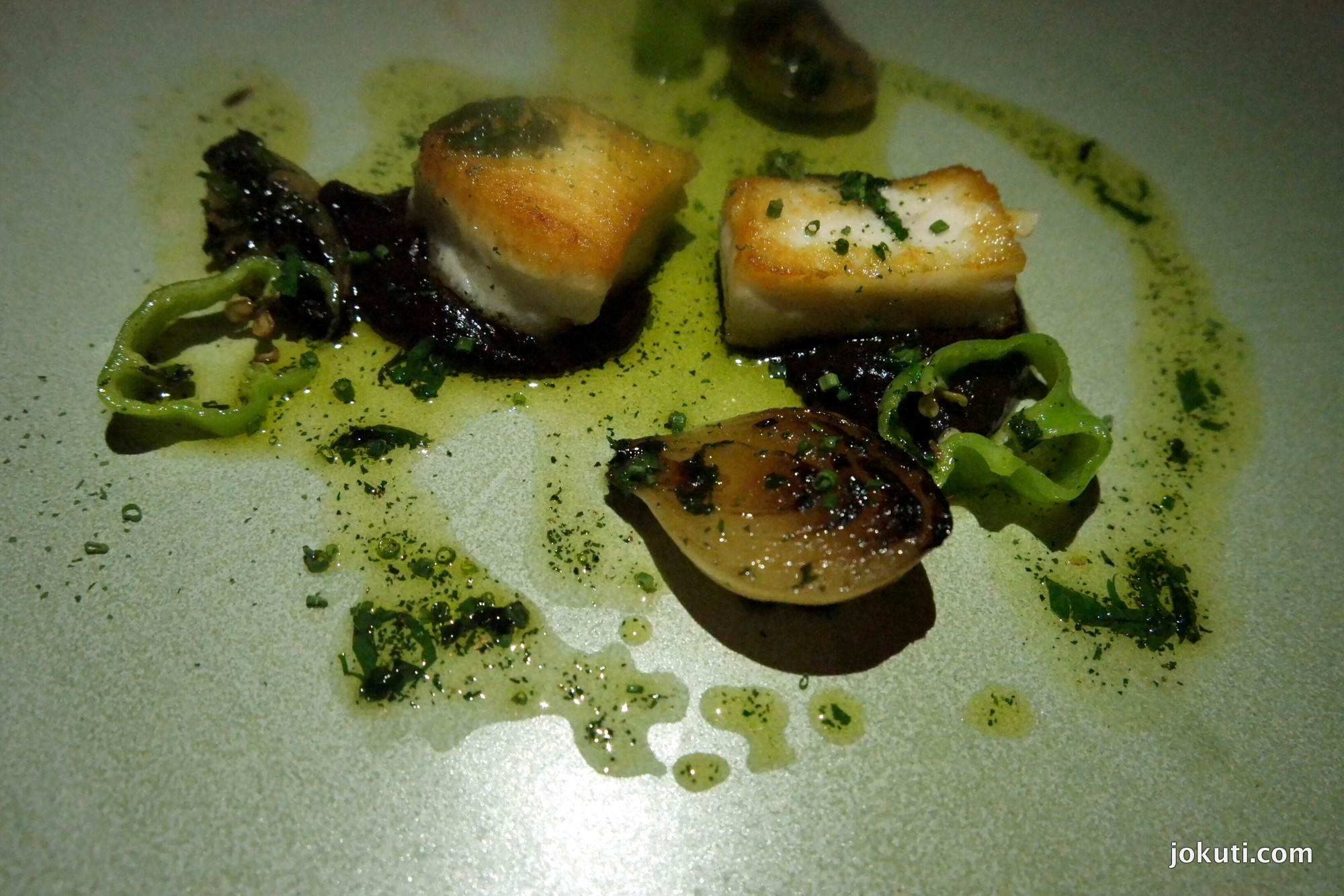 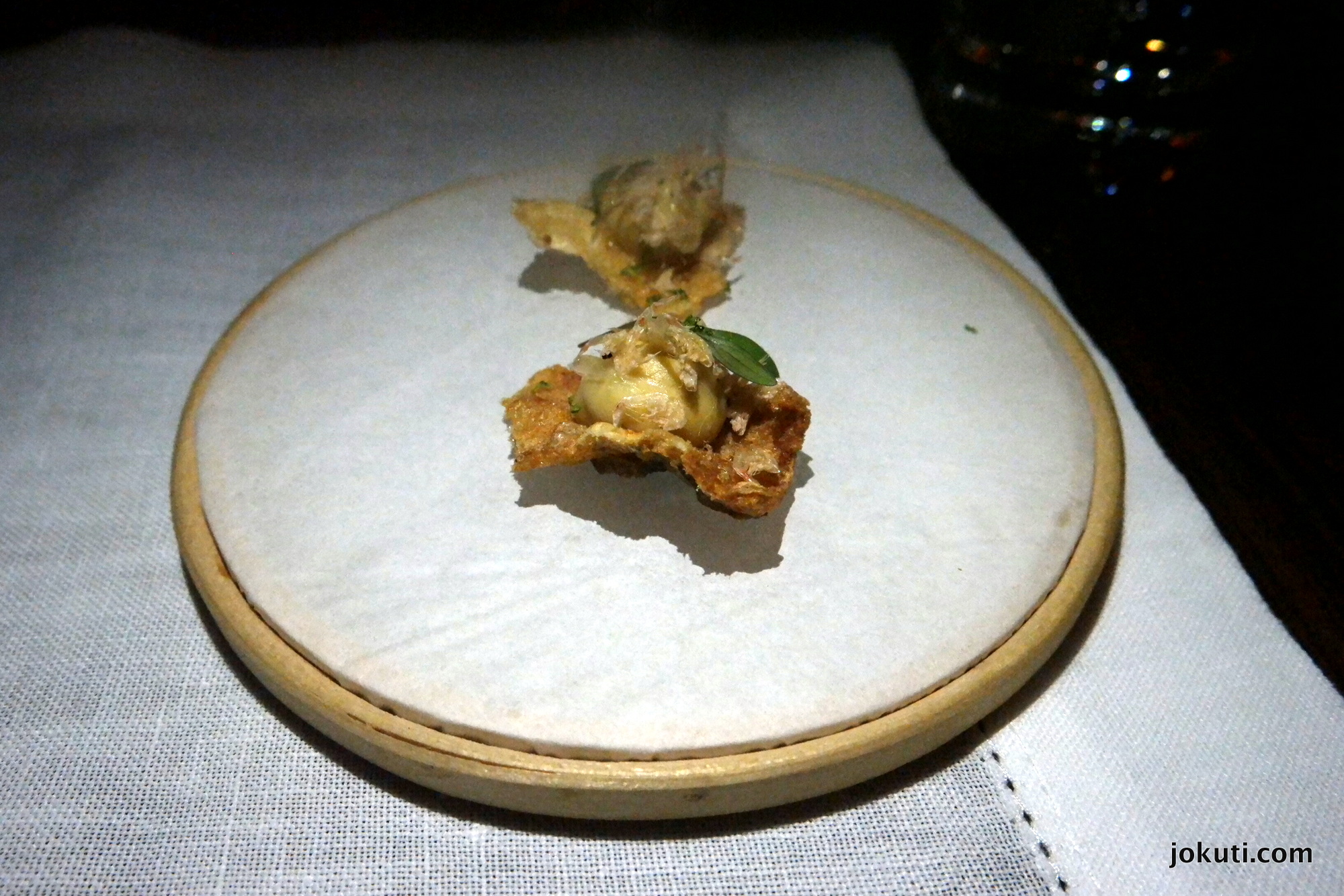 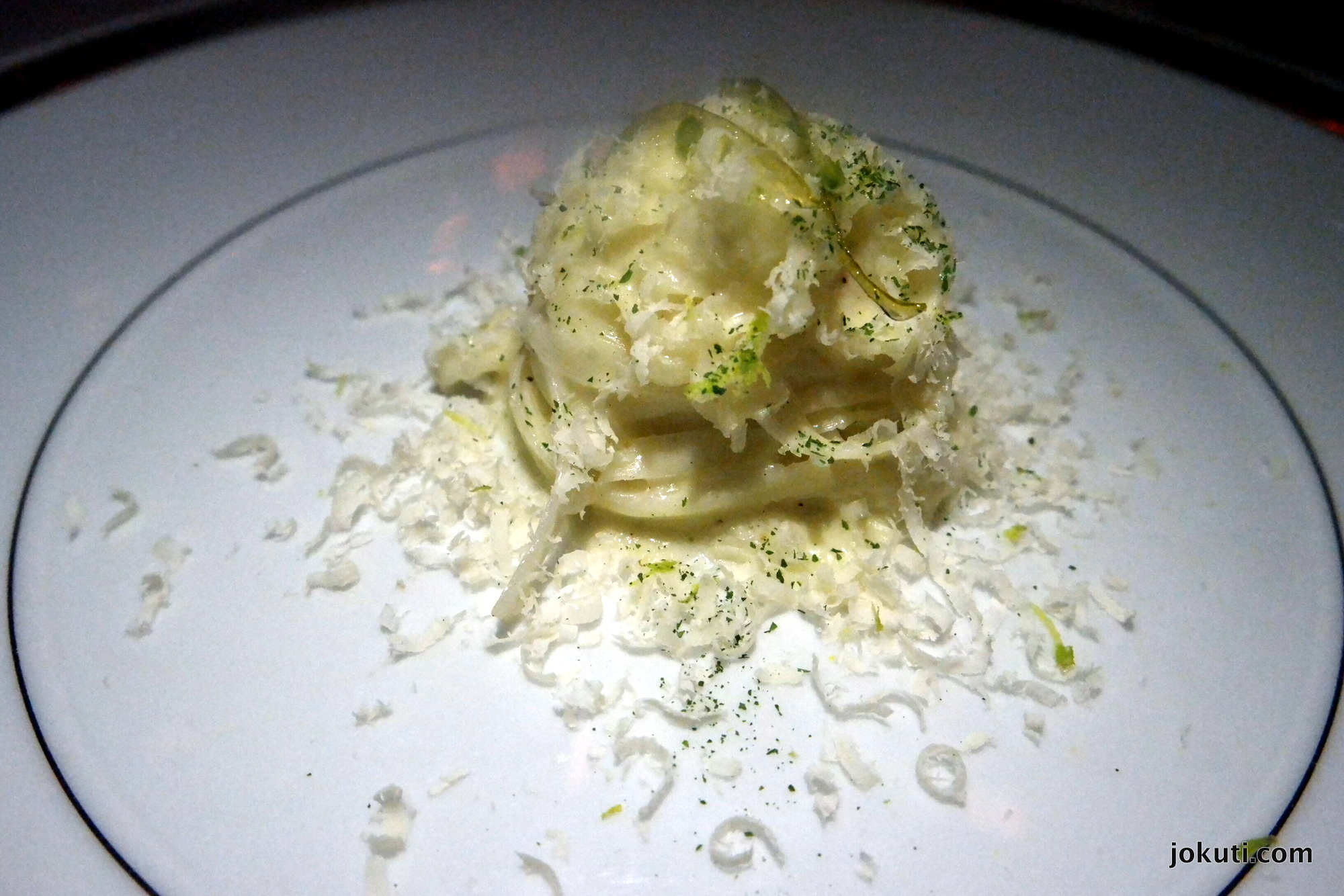 Aligot - quite surprising to see here one the specialities of the French Auvergne region that is basically a sticky, gummy potato mash, mixed with cheese and a touch of garlic. Very tasty. And the way it’s served reminds me of the way the Turkish ice cream dealers serve their similarly stretchy ice cream to entertain their guests. 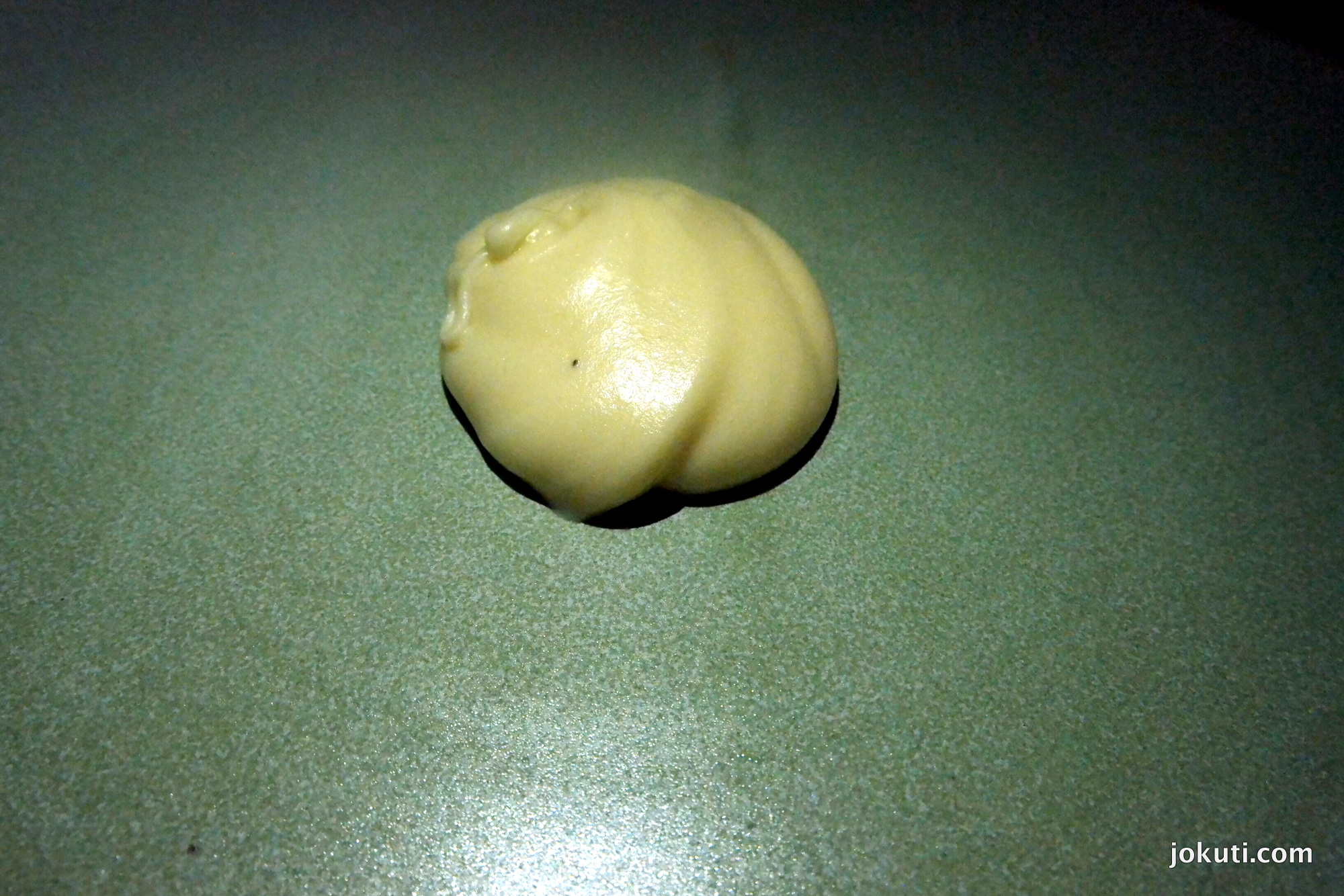 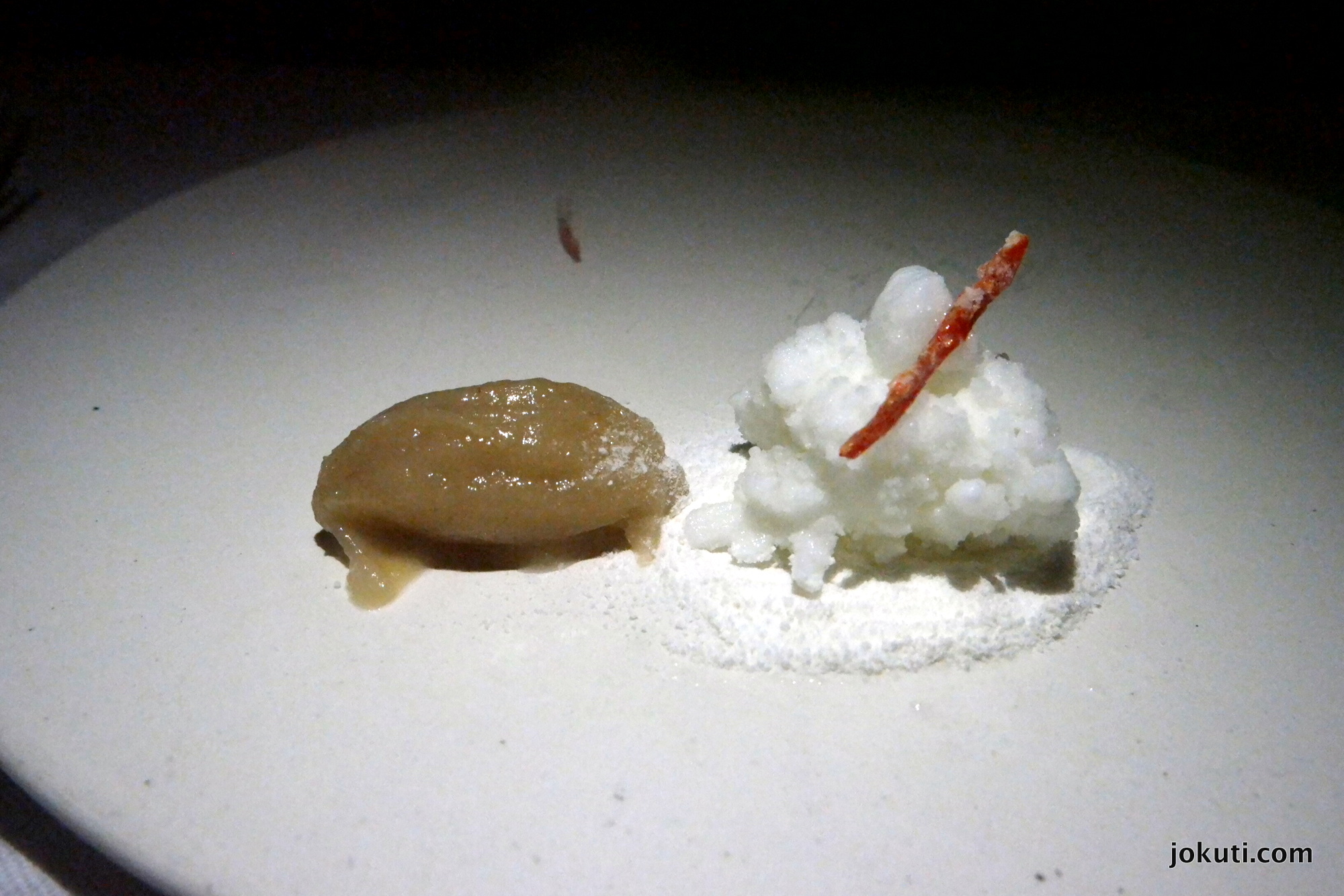 Lime and banana ravioli, priprioca (an Amazonian root vegetable, with vanilla and wood flavour that was originally used by the cosmetics industry, however, Atala discovered its gastronomic potential. There is a video below where he speaks about it.) 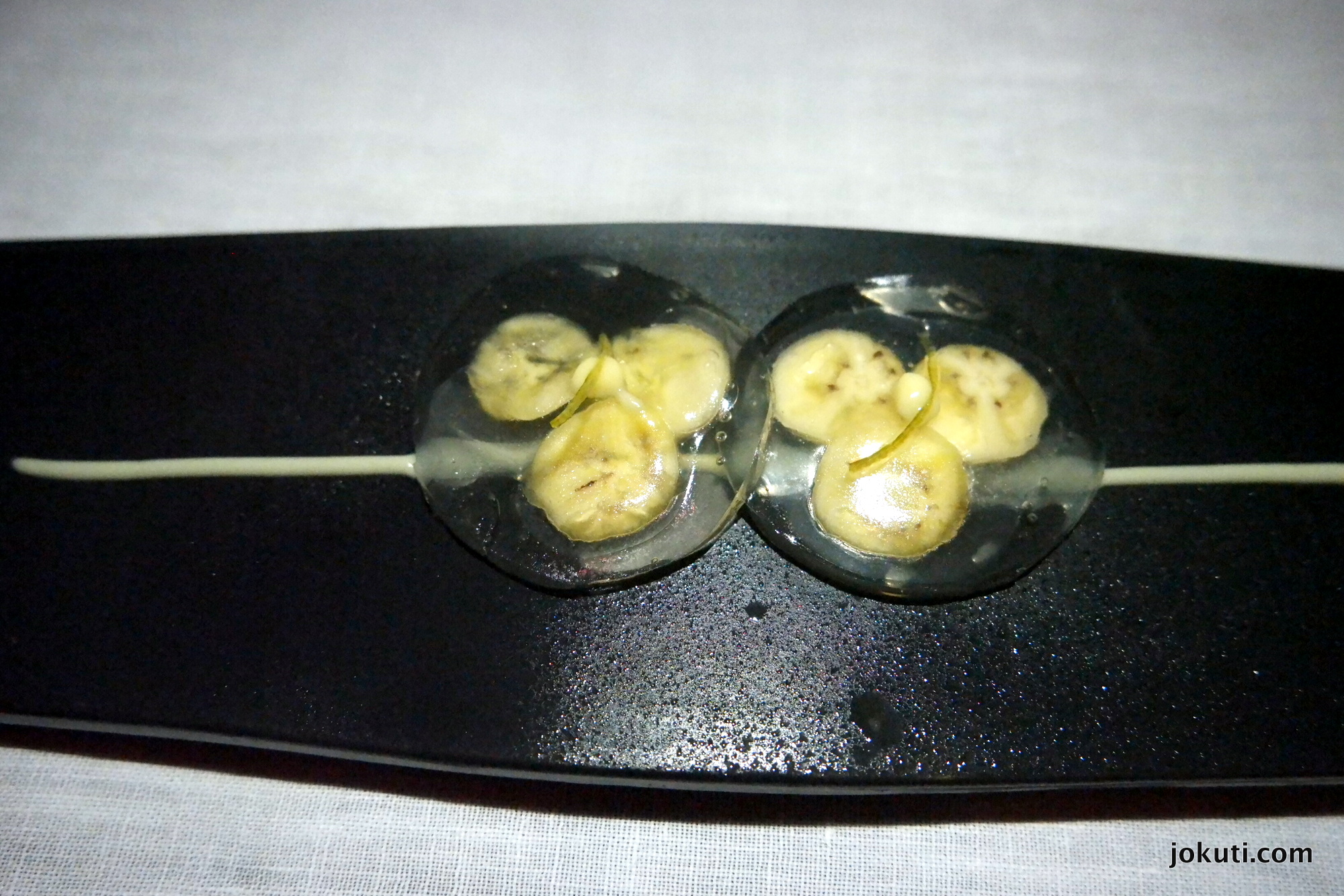 And the petit fours, small confectionery assortment and coffee, in a heart shaped cup for some reason...

The wine pairing was equally excellent but I was a bit sad that European wines dominated with a few local exceptions. The menu is creative, brave, exceptional, prepared according to the highest technical standards.